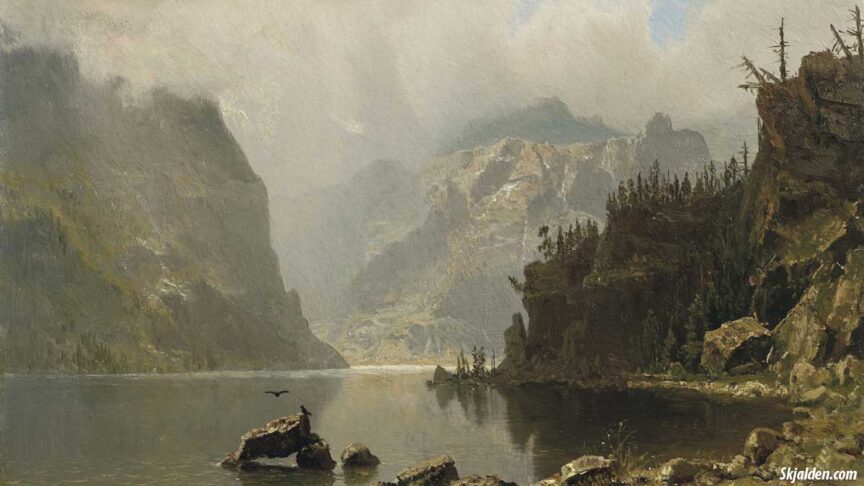 Loki had bet his head that the dwarf brothers Brokkr and Eitri could not make anything as fine or useful as the amazing objects that the Sons of Ivaldi had made.

It was Ivaldi’s sons who are known for having made Gungnir, the spear of Odin, Skidbladnir, the ship of Freyr, and the golden hair for the goddess Sif.

In this bet with Loki, Brokkr and Eitri crafted a magical boar named Gullinbursti with beautiful golden bristles. The boar was made entirely from gold, and it shines so bright that it turns night into day wherever it travels, the boar can also run better than any horse through water or air, of course, except Odin’s horse Sleipnir.

The two brothers also crafted the enchanted golden ring Draupnir, this ring was gifted to the god of war, Odin. This ring is very unique because it has the ability to multiply itself: Every ninth night, eight new rings will ‘drip’ from Draupnir, each one of the rings has the same size and weight as the original ring.

The third object was the hammer Mjölnir, which would become Thor’s mighty hammer which he uses to slay many jötnar (giants). But the hammer also has the ability to revive, which Thor has used to bring his two goats Tanngrisnir and Tanngnjóstr back from the dead. An example of this can be seen in Thor’s journey to Utgard, where he stopped at a farm to rest for the night.