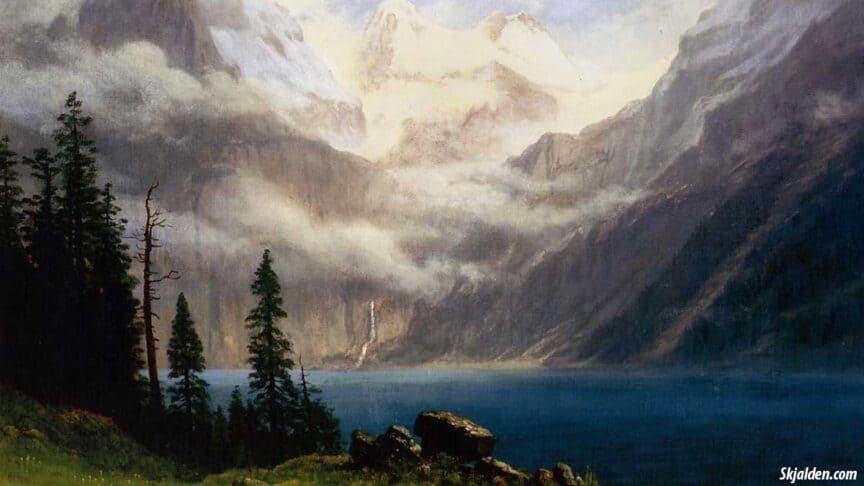 The dwarves (Old Norse: dvergar, singular, dvergr) are creative and skillful beings in Norse mythology. They came into existence from the rotting flesh of the giant Ymir. When the Aesir saw them, they shaped them into a human-like figures and gave them intelligence.

Then all the powerful gods went
to their thrones of fate,
the most sacred gods, and
decided among themselves
that a troop of dwarves
should be created
from the waves of blood
and from Brimir’s limbs (another name for Ymir)
There in men’s likeness
were made many
dwarves in the earth
as Durin said.
– Gylfaginning

The dwarves are mentioned as being short, and unlike the elves who are light/white, the dwarves are blacker than ink. They live inside stones and mountains, in a place called Svartalfheim, which is one of the nine realms.

The dwarves are skilled craftsmen, and they have crafted some of the best objects in the world. The two dwarves Brokkr and Eitri are the ones who crafted Odin’s ring Draupnir, Thor’s hammer Mjölnir, and Freyr‘s ship Skidbladnir.

The dwarves might have shapeshifting abilities, several of them have been mentioned to shapeshift into an animal. Andvari could turn himself into a fish, Fafnir became a dragon, and Otr was killed by Loki while being in the shape of an otter.

There are also some signs that the sun might be dangerous to them, at least to some of them. When Alvíss went to Thor’s house to ask him for his daughter’s hand in marriage, Thor kept him up all night answering questions. When the sun started to rise and the first beams of sunlight touched Alvíss, he turned into stone.

It’s mostly male dwarves that have been mentioned in the sources, but we do have a few female examples, for instance, Einhenda in Egils saga, and the daughters of Dvalin in the poem Fáfnismál in the Poetic Edda.

Some of the first dwarves in the world were the four dwarves Norðri, Suðri, Austri, and Vestri, (Northern, Southern, Eastern, and Western). They were the ones who were sent out to each corner of the world to hold up the sky, which was made from Ymir’s skull.