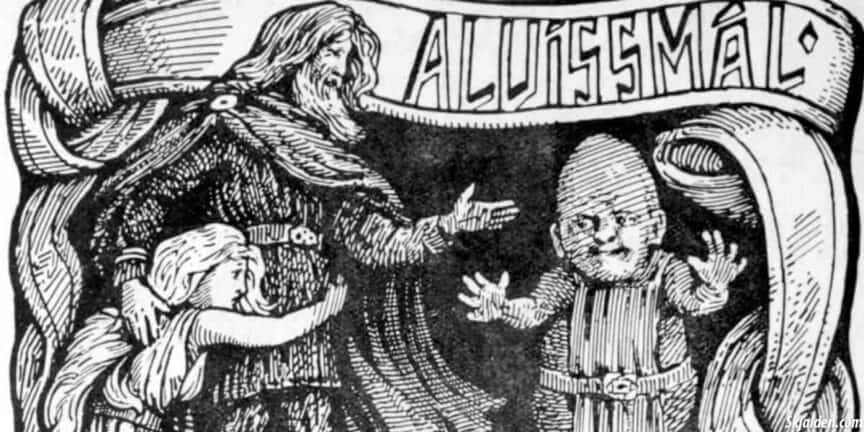 Alvíss “Old Norse: All-Wise” is a dwarf who is famous for his wisdom. He is also well known for being a master smith throughout the nine realms in Norse mythology. Once upon a time a long long time ago, Thor’s beautiful daughter Thrud had been promised to the dwarf Alvíss, but Thor did not want Alvíss to get married to his daughter, so he made a plan to stop him.

When Alvíss went to the house of Thor in Asgard to claim what had been promised to him. Thor told him that because he was just a little dwarf, he had to prove that he really was all-wise, at least then he would have something to offer in a marriage. Because he was so much in love with Thor’s daughter, Alvíss quickly agreed to these demands.

Thor then began to ask one question after another to Alvíss, he asked about all kinds of stuff from the art of crafting, to music and to how a fish swims. He had eventually asked so many questions to Alvíss, that it lasted all night until the early morning. Alvíss had been so distracted by all the questions from Thor, that when the sun started to rise and he was touched by the warm sunlight, he had no time to react and was turned into a stone.