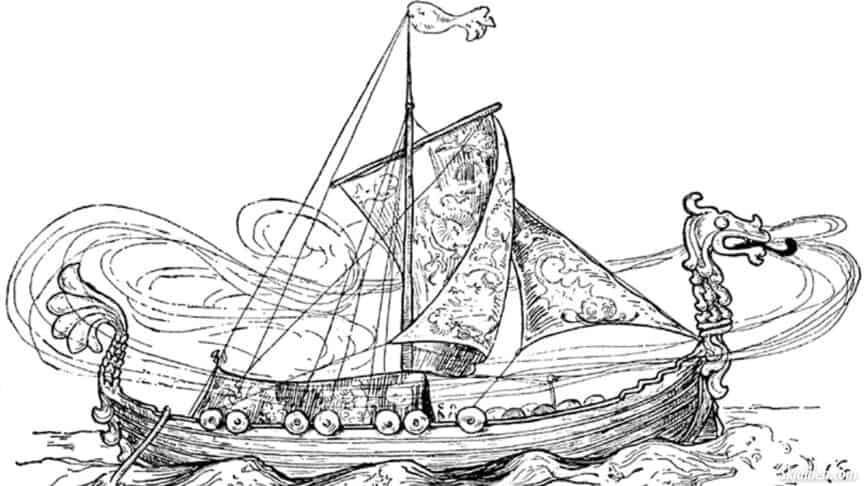 Skidbladnir (Old Norse: Skíðblaðnir) is a magical ship that belongs to the Vanir god Freyr. It was built by Ivaldi’s sons according to the poem Grímnismál by Snorri Sturluson.

It is the greatest of all ships, it’s so wide and long that it can hold every Aesir. It can fly in the air or sail on the sea, and it always has a fair wind in its sails which gives it great speed wherever it goes.

The ship planks are as thin as the blade on a knife, and it can be folded so tiny, that it can fit inside a pouch.

Skidbladnir is not the biggest of all ships, that is Naglfar, the ship of the dead, and it belongs to Muspelheim, the land of fire.

In days of old did Ivaldi’s sons
Skithblathnir fashion fair,
The best of ships for the bright god Freyr,
The noble son of Njorth.
The best of trees must Yggdrasil be,
Skithblathnir best of boats;
Of all the gods is Othin the greatest,
And Sleipnir the best of steeds;
Bilrost of bridges, Bragi of skalds,
Hobrok of hawks, and Garm of hounds.
– Translated by Henry Adams Bellows