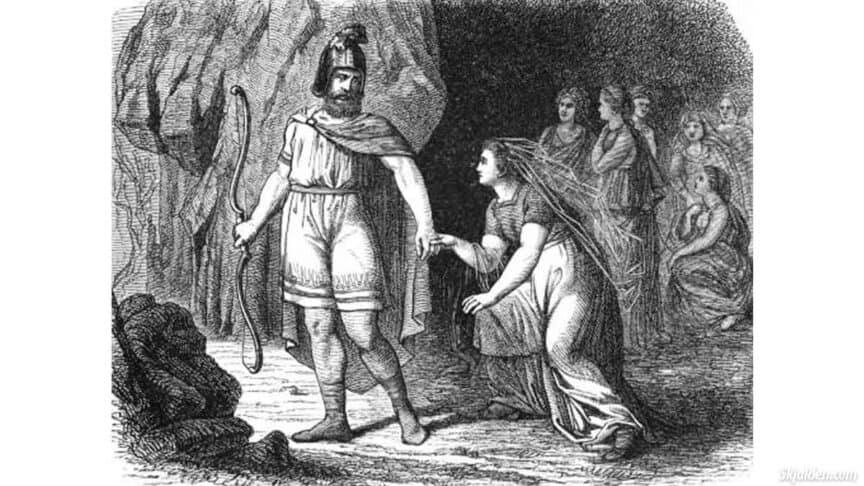 Odr is a god (Old Norse: Óðr), and he is the husband of the fertility goddess Freya in Norse mythology. The name Óðr which also can be spelled Óð can be translated into inspiration, fury, frenzy, and furious.

According to Snorri Sturluson‘s two books, The Prose Edda, and Heimskringla (kings’ sagas) from the 13th century, Óðr is the husband of Freya and the father of her two daughters Hnoss and Gersemi.

Odr often leaves Freya for long periods of time to go on journeys to explore the nine realms. This makes Freya so sad, that she often, in desperation goes looking for him, while crying tears of red gold.

Because of the close similarities between Óðinn (Odin) and Óðr, some scholars have argued that they might be the same deity. Depending on how you spell Óðinn, his name changes meaning, and one of those meanings is almost the same as Óðr.

It is also possible that we simply lost some of the stories about Óðr, most of the knowledge was never written down, and the stories were merely told and retold orally.

The goddess Freya does also have many similarities with Frigg, which had made some scholars speculate if they are the same deity. I.e. Friday has both been referred to as Freya’s and Frigg’s day.

The importance of Freya, who is almost depicted as the queen of Asgard, especially when we take her right to pick among all honorable dead for her hall into consideration before the rest goes to Odin’s hall Valhalla, it does make you wonder.

If they were the one and the same, it would mean that Frigg was a Vanir since Freyja has clearly been stated as such, it is an open question, and I will leave it at speculations.