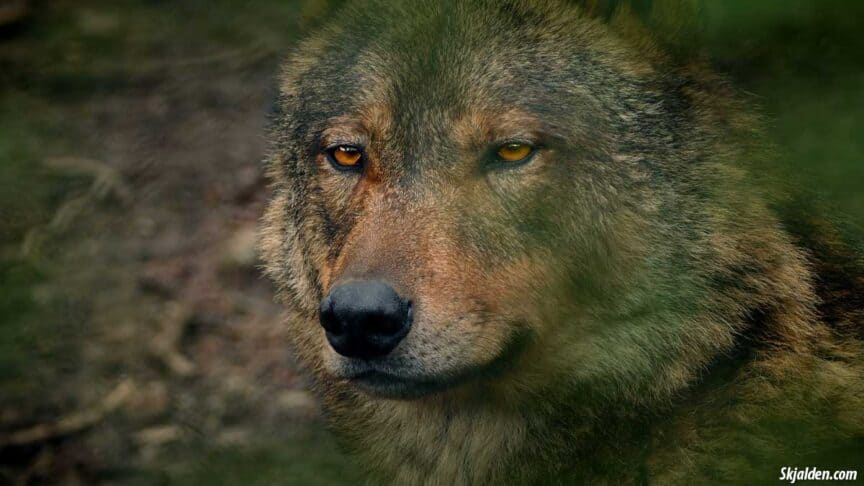 The wolves in Norse mythology are often associated with something that is negative, they are frequently seen as evil and unreliable. The most famous wolf is Fenrir, the son of Loki and the giantess Angrboða. When Fenrir was young it lived among the Aesir in Asgard, but as it grew it became too dangerous to have around for the gods and goddesses.

Fenrir was, therefore, brought to an island in Kattegat (the strait between Denmark and Sweden) where it was bound to a rock. During the process of binding him, he bit the hand of the god Týr.

Fenrir will break free of his chains at Ragnarök, and travel to the plains of Vigrid where he will be fighting the Aesir. During this battle Fenrir and Odin will fight each other, the wolf will be victorious and kill Odin by swallowing him.

Two other evil wolves in Norse mythology are Skoll and Hati Hrodvitnisson, they are the wolves who chase the sun and the moon. Skoll is always trying to catch the sun, and Hati is chasing the moon. The sun and the moon will be swallowed by the two wolves at Ragnarök turning the world into darkness.

According to the Poetic Edda, Skoll and Hati were born by a Jotnar called Jarnvidr (Old Norse: Járnviðr) in the Iron Wood of Jotunheim. It is said that she has given birth to many Jotnar, all in the likeness of wolves.

In the East, the old one lives
in Iron Wood
and there she bears
Fenrir’s brood [the wolves].
From all of them comes
one in particular,
the ruin of the moon
in the shape of a troll.
– The Sibyl’s Prophecy (40)

He gorges himself on the life
of doomed men,
reddens the gods’ dwelling
with crimson gore.
Dark goes the sunshine,
for summer after,
the weather all vicious.
Do you know now or what?’
– The Sibyl’s Prophecy (41)

It is not all of the wolves that are considered evil, Odin’s two wolves Geri and Freki are his loyal companions. The two wolves are always at his side, and when he sits at the table he always feeds them with meat.

In the last centuries, wolves have disappeared from large areas of Scandinavia, especially in Denmark. But they have started to return, and their numbers are increasing each year. This has led to some farmers taking the law into their own hands (Read more: Wolves return to the ancient lands of Europe).