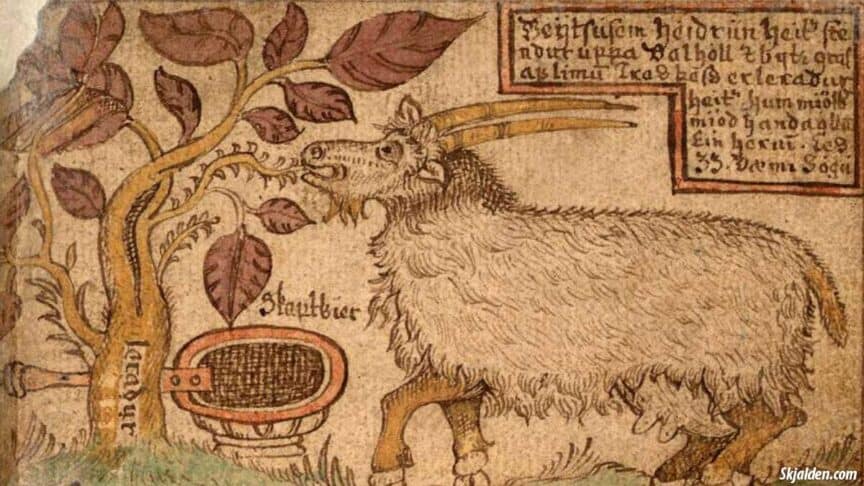 In Norse mythology, there are quite a few different animals who live among the branches of the great world tree Yggdrasil. Two of these animals live in the top of the tree, on top of the great hall called Valhalla (Old Norse: Valhöll).

One of them is a she-goat called Heidrun (Old Norse: Heiðrún) and the other is a stag called Eikthynir (Old Norse: Eikþyrnir). The goat loves to eat the buds, and the stag eats the leaves from the crown of the tree.

From the udders of the she-goat flows endless streams of the cleanest mead into a big cauldron inside the hall of Valhalla. Every evening the fallen warriors, (those who have died bravely in battle), will drink this mead while eating the tasty pork from the great pig Sæhrímnir.

In the Poetic Edda, Heidrun and Eikthynir are mentioned to live in the tree called Læraðr, however, modern scholars agree, that Læraðr is a synonym for the great world tree Yggdrasil.