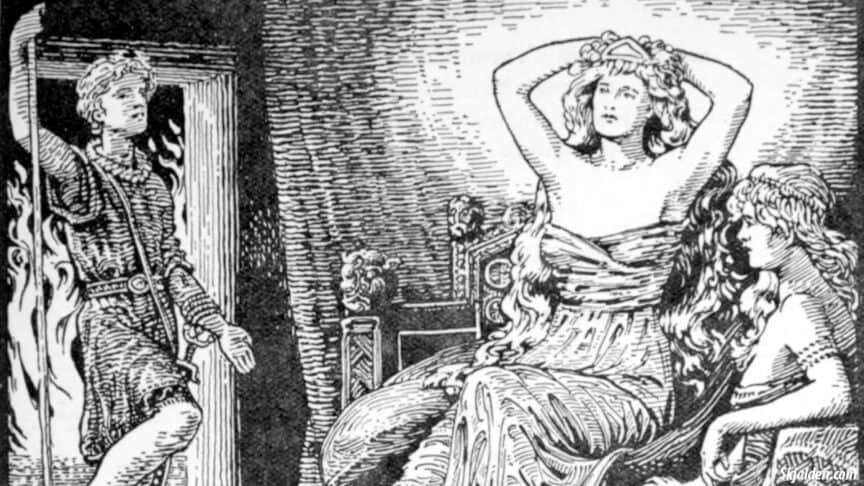 In Norse mythology, Gerd (also spelled, Gerðr, Gerdr, Gerth) is a mountain jötunn who is said to be one of the most beautiful beings. She is the daughter of Aurboda and Gymir, not much is known about those two, besides Gymir is said to be very wealthy.

Gerd is a fertility goddess, who is especially associated with the earth, and when she married Freyr who is a Vanir, it was like there was a connection created between heaven and earth.

To begin with, she didn’t even want to meet Freyr, after his servant Skirnir was sent to meet her on his behalf. The servant had to give Freyr’s magical sword to her father as a gift and threaten Gerd with curses of the secret runes before she would give in.

She and Freyr had a son together by the name Fjölnir, who would, according to legend, continue the line of the Yngling dynasty in Sweden, after his father’s death. The Yngling dynasty was a line of Swedish kings around the area of Uppsala, which was started by Freyr and Gerd.

The name Gerðr is believed to mean “fenced-in” but Snorri Sturluson does not seem to explain why this name is associated with her in either the Poetic Edda or the Prose Edda.