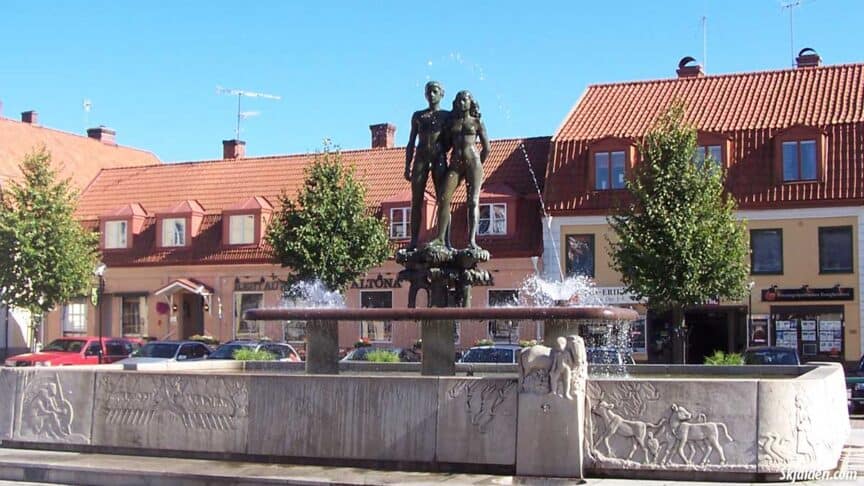 This Ask and Embla statue was made by Stig Blomberg (1901-1970) in 1948, and it is located in Sölvesborg Municipality in Blekinge County, Sweden.

Ask was the first male, and Embla was the first female in Norse mythology; they were created by the three gods, Odin, Vili, and Vé.

Despite Sölvesborg (Danish: Sølvesborg) being very small, it is still referred to as a city, because of its historical importance.

It was the Danes that settled these areas first, which happened after the water from the Baltic ice lake withdrew, which opened up an area that could be used for agriculture.

The oldest archaeological findings date back to the Stone Age, and mostly around Gammalstorp.

The villages around Sölvesborg are worth a visit, they are very scenic, and if you visit the city in July, you can take part in the eel fishing at Krokås.