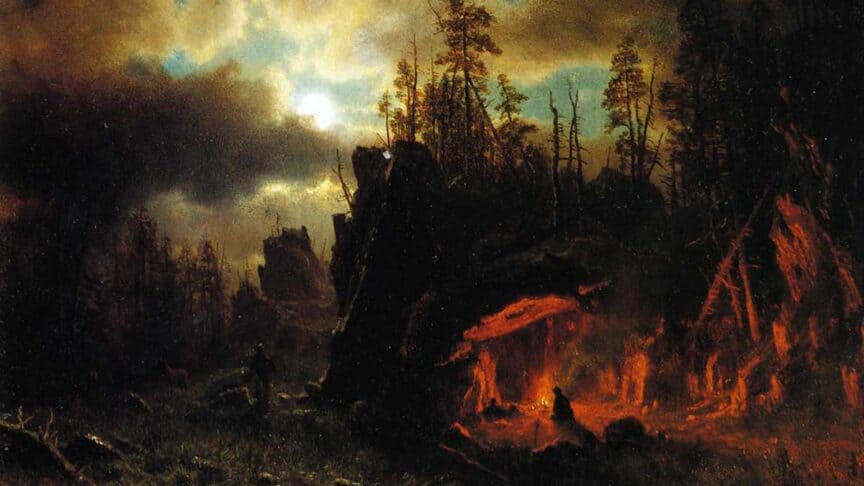 Bölthorn (Old Norse: Bölþorn) is one of the first jötnar in Norse mythology according to the Poetic Edda written by Snorri Sturluson in the 13 century. There is not much known about this giant, but we do know that he was skilled in seidr and taught his son Mimir nine magical songs.

Mimir would grow up to be one of the wisest beings in the world, and he would eventually teach Bestla’s child Odin these nine songs.

He would in a sense become like a mentor to him, sparring about ideas, and teaching him about the runes, and Seidr.

Bölthorn and his two children were raised on the cold plains of Niflheim. It was a harsh place to live, there were no trees, no grass, no plants, not even a blue sky to look at, only snow, frost, and ice.

This grim way of living would not change until Bestla’s children Odin, Vili, and Vé would slay the jötunn Ymir, and create seven new realms from his body.

Bölthorn was probably not one of the lesser evil giants, after all, his name literally means Evil-thorn. Why he was considered evil, or what he had done to be named like that is unknown.