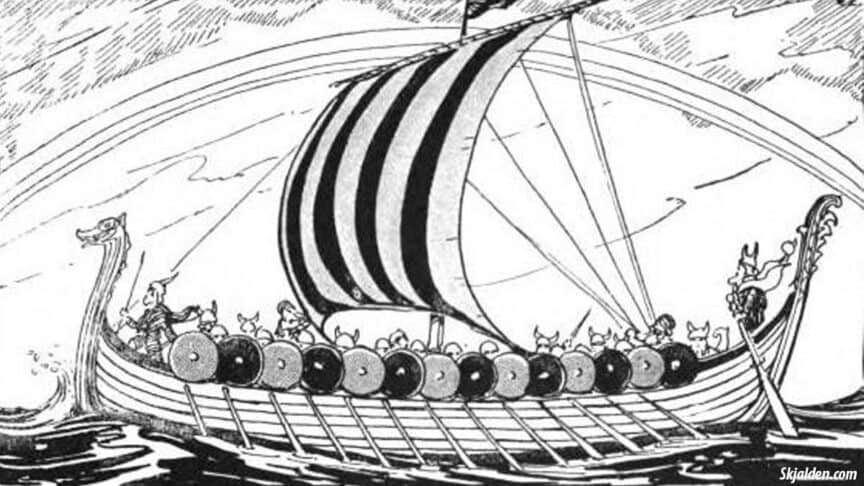 Naglfar is the ship of the dead in Norse mythology, it is the largest ship in the world, and it is made entirely from the fingernails and toenails of the dead.

According to the poem Völuspá, the ship will be sailed from Muspelheim (the land of fire) by the two jötnar, Hrym, and Loki. It will carry the army of the dead to the plains of Vigrid. The sea level will rise as the ship gets closer to the shore. This is where the final battle between the Aesir and the giants will take place, this is known as Ragnarök.

The army of the dead belongs to the Queen of Helheim, which is the place where all the dishonorable people end up when they die.

From the east comes Hrym with shield held high;
In giant-wrath does the serpent writhe;
O’er the waves he twists, and the tawny eagle
Gnaws corpses screaming; Naglfar is loose.
O’er the sea from the north, there sails a ship
With the people of Hel, at the helm stands Loki;
After the wolf do wild men follow,
And with them, the brother of Byleist goes.
– Translation by Henry Adams Bellows