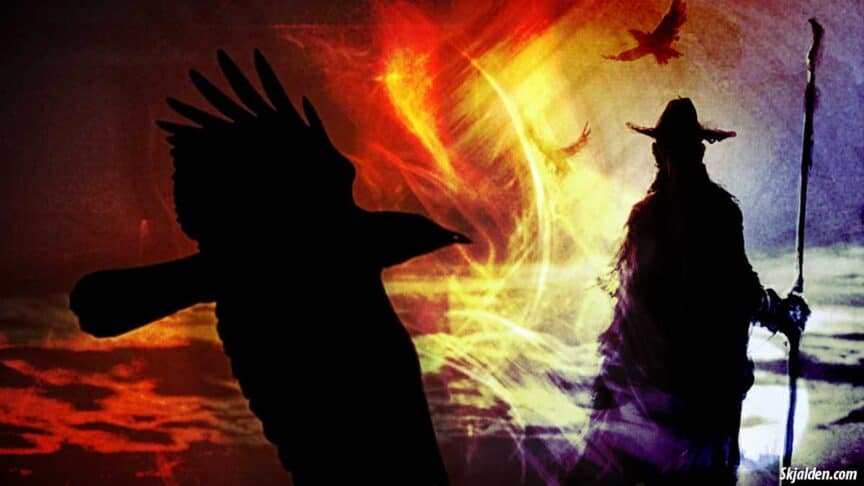 There are many books about Norse mythology, and it can be difficult to decide which one to buy. I know, I have been there myself. That is exactly why I made this list, I want you to pick the best Norse mythology book for your needs. You do not need to have any prior knowledge about the topic, all of the books in this list can be picked up and read by anyone.

Most of the books are more geared toward adults, with fewer images and more text, while one of them is a great book for children with many pictures and illustrations.

I have placed the books according to what I think about them from the top to bottom. I have rated them based on how well written they are, the information they contain, and how opinionated they are. All of the Norse mythology books are in English, and the prices vary quite a bit. I recommend that you pick one or two of the books that you actually want, instead of just picking the cheapest one.

Most of the Norse mythology books are available as a kindle, hardcover, paperback, and a couple of them are available as audio, for instance, the Poetic Edda and the Saga of the Volsungs by Dr. Jackson Crawford. His reading style is comfortable, and it’s enjoyable to listen to in the car, or while going for a walk.

If you are just going to purchase one book on this list, then I would strongly advise you to pick the Poetic Edda translated by Dr. Jackson Crawford. I have read countless translations of the Poetic Edda in Danish, German, and English, but this translation is simply fantastic, no old “thee”, “thou” or other strange words, it’s written for the people of our time.

I was a bit critical before reading it and was worried if some of the old meanings were lost, but I do not think that is the case. The only finger I can put on it is the many footnotes that may annoy some readers, but personally, I like them, that is probably the academic in me speaking. Most people should have no problem reading it, and you do not need to have any prior knowledge of Norse mythology. Available on Amazon

When thinking about Norse mythology, dragons may not be the first image that pops into your mind. In this translation of the Saga of the Volsungs by Dr. Jackson Crawford, you will be introduced to Nordic legends such as Sigurd the dragon slayer, Brynhild the Valkyrie, including the saga of Ragnar Lothbrok. Did the series Vikings get the facts right about this famous Viking? Find out by reading this book, and be the annoying friend that corrects your friends when talking about the series.

With this book in your hand, you will explore how the people of the Viking Age thought and wrote their stories down. This is an excellent book to pick up together with the Poetic Edda. Available on Amazon

“Hávamál, ‘Words of the High One’. This book contains Norse poems filled with the wisdom of Odin translated by Dr. Jackson Crawford. What was the ethics of our ancestors, how did they see the world, this and many other questions are outlined in the wanderer’s Havamal. It’s not really a guide on what you should or shouldn’t do. I would call it practical advice on what you can do, i.e. how to milk a friendship for your own benefit when you don’t actually trust the friend, how to attack your enemy so you can take his stuff, how should you behave as a guest.

The Havamal has always been difficult to read, but I and many others agree that this is probably one of the best translations to date. Combine this with the other two books by Dr. Jackson Crawford and you are on the way to becoming an expert. Available on Amazon

Norse Gods by Johan Egerkrans is among my favorites, it’s well written, and it is filled with fantastic and beautiful illustrations. The art is gloomy, raw, and mesmerizing, I love it, but the book does come at a steep price, and its the most expensive Norse mythology book on this list.

High schoolers and up should have no problem reading it, its easy to read and the number of difficult words is limited. I recommend that you get it as a hardcover, this book is definitely something you will be proud to have on your shelf. Available on Amazon

The translation of Snorri’s Prose Edda by Jesse Byock is a book that I had great joy reading when I was commuting on my short trips to the University. The book is well written and it fits perfectly in the back pocket of most jeans. The book is split into cosmology, gods and creatures, sagas, including references from Skaldskaparmal.

Its a very good Norse mythology book for beginners, filled with a lot of knowledge for anyone who wants to learn the basics within a few days. If you are an experienced reader, you can probably read it within a day, but it’s a nice book to have as a quick reference book. Available on Amazon

D’Aulaires’ Book of Norse Myths by Ingri d’Aulaire, and Edgar Parin d’Aulaire, is a book that any parent or teacher should pick to introduce a child to Norse mythology. As a side note, the inner child in me also loves the illustrations, so there is no shame if you buy a copy for yourself.

I highly recommend this book, its easy to read, and the illustrations spark images about the ancient past in your mind. There is also a similar book about Greek myths which I think you should check out as well. This book, unlike the others on this list, should not be used as an academic source. Available on Amazon

The Sagas of Icelanders is not really a book about Norse mythology, but it does give some insight into the culture, which in turn helps you understand the culture. This book contains some of the old sagas i.e. the clan of Egill Skallagrímsson (Egil’s saga), the Norse exploration of North-America (Eirik the Red’s Saga), and many many more.

I like the English translation by Jane Smiley, and as a Danish native speaker, I had no problem with reading the book. Personally, I do not recommend that you get it as a kindle, books feel more enjoyable to read when you turn the pages. Available on Amazon

During the pain, I suffer when lifting weights at my local gym, it is nice to have a calm voice in my headset. I like how Neil Gaiman retells the Norse stories about the creation of the world, the nine realms, and the various sagas that have been told and retold by our ancestors.

Be aware that he has updated the language, and the stories are influenced by his own interpretation. The stories could also have been told with a bit more excitement which did bother me at times. This Norse mythology book is available as audio, but you can also get it as a hardcover or kindle. Available on Amazon