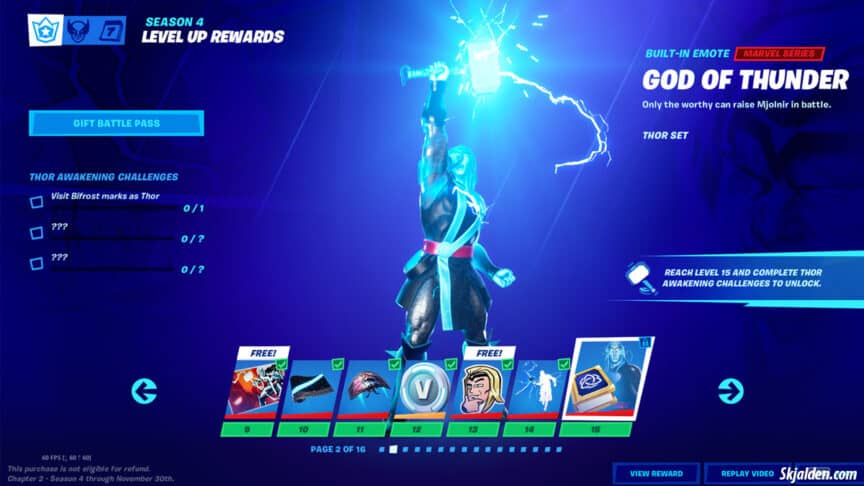 Just like many other games in the past, Fortnite has joined the ranks of making use of elements from the Norse epic sagas. With the arrival of chapter 2 season 4 on the 27th August 2020, Fortnite has in cooperation with Marvel introduced many new characters in the form of skins into the game.

Fortnite is a first-person shooter that can be played solo or in a team of up to four players. At the beginning of each match, 100 players air-drop out of a moving bus onto a map. Players have to find the weapons and other equipment they need during the match upon landing. The winner of the match will be the last player standing, in a classical battle royal style.

Introducing these skins from the Marvel series is all good and fun, but what I was dumbfounded about was that the only skin obtainable from the Nordic universe was Thor. I know from personal experience by talking with die-hard Marvel fans, that Loki is one of their favorites. Loki is, in fact, so popular that there is even a Loki TV series in the production that will premiere in 2021 on Disney Plus.

I understand there is only a certain amount of Marvel skins that can be put in the game without it feeling too overwhelming, but I do think that they have missed the mark by neglecting Loki. However, it is possible that he will be made available in the shop, or that more skins will be released from the Marvel universe in chapter 3 season 4, and that Loki could be one of them.

The only way to unlock these Marvel skins, such as Thor and his hammer Mjolnir is to buy the battle pass for the season for the in-game V-bucks currency.

Besides the cosmetic elements from Marvel, there are also challenges for each character. Thor has three challenges, visit the Bifrost marks as Thor, deal damage to opponents using Mjolnir as Thor, and use his emote as Thor on the mountain top ruins.