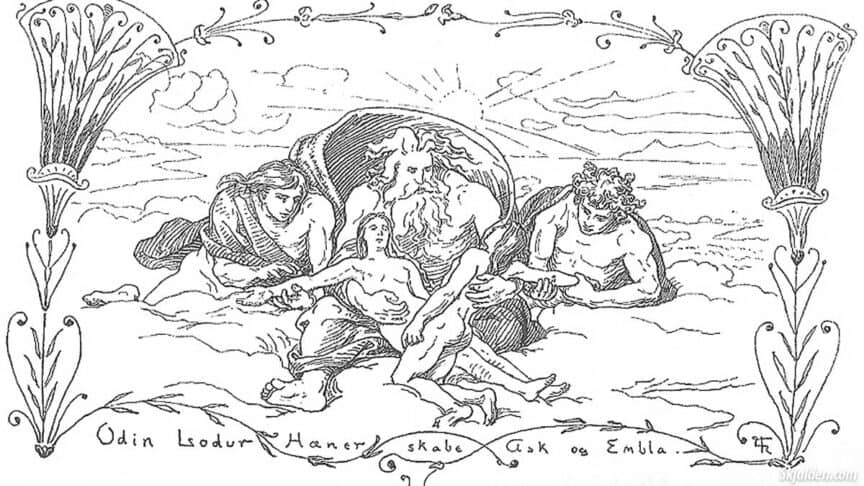 Ask (male) and Embla (female) were the first two humans in Norse mythology. They were brought to life by the three sons of Borr and Bestla, Odin, Vili, and Vé.

According to the poems in the Prose Edda by Snorri Sturluson, these two are the ancestors of all humans.

It happened one day when the three brothers walked along the beach and found two trees. Odin gave them life and breath, Vili gave them consciousness and movement, and Vé gave them speech, hearing, and sight.

Ask and Embla was given the realm of Midgard, and here they gave birth to the first children of mankind.

The name Ask (Old Norse: Askr) literally means “ash tree”. This is a similarity to Greek mythology, where the first two humans also were created from ash trees.

Time passed, and the humans populated the world, but they had no social structure, no classes, they were all as equal as they could be.

This would not change before the god Heimdall, also known as Rig, visited Midgard and created the social classes by interbreeding with the humans.