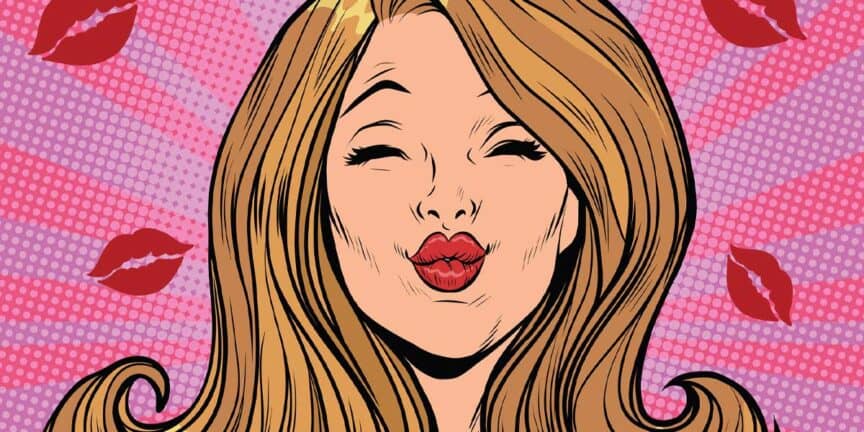 The Vikings have through history been depicted many times as dirty unsophisticated barbarians and an image that is still being used quite often in many of the popular Viking movies. However, this image of a typical Viking is false, and a myth I will pull apart once and for all.

Personal Grooming in the Viking Age

The Vikings, or should I say the heathens, were actually very clean, and in fact, they had much better hygiene than the smelly Christians across Europe, who probably had their last and only bath at their baptism, pun intended.

Some of the hatred towards the Vikings might have been because of their success in seducing the women across Europe when they came for a visit. It is in fact, something that the Christians complained a lot about, and John of Wallingford even grabbed one of his pens one late lonely night to scratch his anger down on a piece of paper.

In the chronicle written by John of Wallingford (Chronica Joannis Wallingford), he wrote as follows:

”The Danes, thanks to their habit to comb their hair every day, to bathe every Saturday, to change their garments often, and set off their persons by many such frivolous devices. In this manner, they laid siege to the virtue of the married women, and persuaded the daughters even of the nobles to be their concubines.”

John of Wallingford who by the way was a monk was not the only one who was so upset that the heathens did such an unchristian act, as taking a bath every Saturday and regularly washing their clothes.

The Church actually prohibited people from public bathing, because they thought it could lead to immorality, promiscuous sex, and diseases. Most people in the Christianized Europe would largely avoid bathing as much as possible, especially the lower classes, and they would mostly just wash their hands and parts of their face, but they had to be very careful because washing their entire face was thought to be dangerous since they could lose their eyesight, at least according to the Church.

The Viking’s personal grooming was also noticed by the Islamic society when the Arabic traveler and diplomat Ibn Fadlan met the Vikings called Rus at the river of Volga in Eastern Europe.

”Every day they must wash their faces and heads and this they do in the dirtiest and filthiest fashion possible: to wit, every morning a girl servant brings a great basin of water; she offers this to her master and he washes his hands and face and his hair, he washes it and combs it out with a comb in the water; then he blows his nose and spits into the basin. When he has finished, the servant carries the basin to the next person, who does likewise. She carries the basin thus to all the household in turn, and each blows his nose, spits, and washes his face and hair in it.”

To be honest, it sounds a bit disgusting that they used the same bowl, but I actually think that what he wrote has been a bit misinterpreted. While it would make sense that they shared a wooden bowl, they didn’t necessarily share the same water, and the dirty water was probably emptied out and replaced with fresh water from the river Volga every time the bowl was given to the next person by the slave girl.

Ibn Fadlan’s disgust with how the Vikings bathed was probably not because they all shared the same wooden bowl, but because according to the Islamic faith, they have to wash themselves in running water or water poured from a bowl, so the dirty water did not touch the person again.

The Vikings were among the cleanest and most pleasant smelling people in Europe during the Viking Age, and the women loved it. While the Vikings did have a bad reputation for stealing women abroad on their many raids, some of the women may have voluntarily jumped into the arms of a strong and handsome Viking to get away from her smelly husband.

Hygiene according to Hávamál

Indeed washing your hands before a meal like a Viking is a phrase that you can use, and it is something that is also written down in the book Hávamál, which is a book filled with a lot of good advice on how to live a good life according to the Vikings.

The book also suggests that one had to groom themselves before taking part in special events such as participating at the assembly in the court (Called Þing in old Norse).

Translated into English: “Washed and fed, a man should ride to the Assemblythough he may not be very well dressed;
of his shoes and breeches, no man should be ashamed
nor of his horse, though he doesn’t have a good one.”
Hávamál – 61

Mourning had an effect on their hygiene

The people within the Viking society washed very often and had very good personal hygiene compared to many other societies at the time. However, if someone lost one of their loved ones to illness or warfare they would often show their mourning by stop washing themselves. This is also something that is reflected in their sagas, and it is something that can be read in the saga of the death of Baldr, in the poem Völuspá.

“Baldr I saw the bleeding God, His fate still hidden, Odin’s Son: Tall on the plain a plant grew, A slender marvel, the mistletoe. From that fair shrub, shot by Hodir, Flew the fatal dart that felled the god. But Baldr’s brother was born soon after: Though one night old, Odin’s Son Took a vow to avenge that death.”

“His hands he washed not nor his hair combed Till Baldr’s bane was borne to the pyre: Deadly the bow drawn by Vali, The strong string of stretched gut, But Frigga wept in Fensalir For the woe of Valhalla. Well, would you know more?” Völuspá – 31,32,33

The Vikings had a wide range of tools for their personal grooming, which is something we know because the archaeologists have found many grooming tools from the Viking age. The personal appearance was very important to the Vikings, and it seems like they spend a lot of silver on their clothes and their personal hygiene.

Both men and women had their own little grooming kit, which they used on a daily basis, and some of the most common grooming tools they had were combs, ear spoons, nail cleaners, razors, and tweezers. We know that they were personal grooming kits because people were often buried with their own little kit.

The women who had some of the more expensive tools with pretty ornamentations would often display them, by hanging them from one of their brooches on a chain, which also was very handy since they had a nail cleaner or tweezer nearby.

Saturday was the Vikings bathing day

The Vikings also had a special day every week which they called Laugardagur, which means bathing day, and it is, in fact, still what they call it in Iceland today. However, In Denmark, Norway, and Sweden the name has changed a bit, and here we call it Lørdag/Lördag.

This is the only day of the week in the English language that does not share its roots with Scandinavia because the English word for Lørdag is Saturday and it derives from the Latin word “dies Saturni”, which means the day of Saturn.

So the Vikings called Saturday bathing day or literally translated it meant pool day, and no, it is not Loki’s day as some people claim, there is no Loki’s day, and why would the Vikings even name a day after a Jotnar (Giant).

So as you can see personal hygiene was very important to the Vikings, and they were not some dirty barbarians from the north as the mainstream likes to portray them. They were in fact, some of the most well-groomed and well-prepared people of their time, who also thought that breakfast was one of the most important meals of the day.

Translated into English: ”Combed and washed every thoughtful man should be and fed in the morning;
for one cannot foresee where one will be by evening;
it is bad to rush headlong before one’s fate.”
Reginsmál – 25

There was, of course, many differences on how the Vikings washed themselves due to their natural surroundings, in Denmark, they would probably have been bathing in the local lakes or in a wooden tub, while on Iceland they would most likely have jumped into one of the many hot springs, and it is probably from Iceland that word Laugardagur originates from, due to the landscape.

However, it does seem that Saunas were common across all of the Nordic countries, and a practice the Vikings brought with them when they settled in what today is L’Anse-aux-Meadows on the island of Newfoundland in Canada.

The Vikings used a homemade soap, which was made from animal fat and ash. Soap was very important to them, and they would let the soap sit for a long time in their hair and beard to bleach it, to get their hair as bright and blond as possible because the blond hair was highly sought after.

Nordic sagas even warn against people who did not have blond hair, for instance, the poet and storyteller Egil Skallagrímsson had dark hair, and because of this, he was considered to be gloomy and unpredictable.

Bathing in these hot springs in Iceland is still very popular today, by both the Icelandic people and the many tourists that visit Iceland each year. Something that even the famous Icelandic writer Snorri Sturluson enjoyed to do. Snorri is the author of books such as the Prose Edda and the Heimskringla, and actually, the person we can thank today for have written down many of the old Norse sagas.

Snorri Sturluson had his own little bathing pool, which is still standing where he built it more than 800 years ago. Here Snorri probably sad for many hours drinking and relaxing and thinking about what he should write in one of his next books.