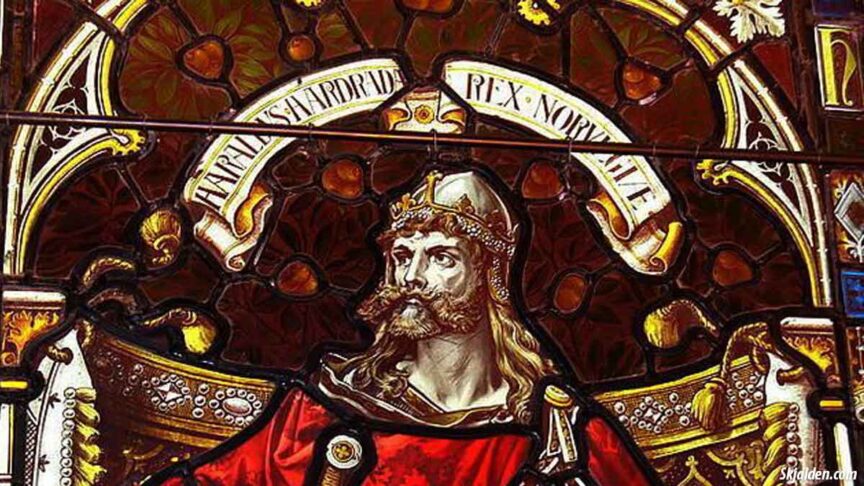 Harald “Sigurdsson” Hardrada was born in 1015/1016, in a little town called Ringerike in Norway.

2. How long did Harald Hardrada reign?

3. Who was Harald Hardrada’s wife?

Harald was married two times, his first marriage was with Elisaveta Yaroslavna of Kyiv, who he married in 1044/1045. Harald and Elisaveta it is unknown how many children they had together, but according to Snorri Sturluson, they had two daughters Ingegerd and Maria. In 1048 Harald Hardrada married Tora Torbergsdatter (Old Norse: Þóra Þorbergsdóttir) and together they had two sons Magnus and Olaf.

Snorri Sturluson has described Harald as having light hair and beard, a long “upper beard” (mustache), and that one of his eyebrows was somewhat higher situated than the other. Harald is also described as having been physically larger and stronger than other men, with big hands and feet.

5. How did Harald Hardrada die?

Harald Hardrada invaded England with his huge heathen army in 1066, but his military campaign would lead to his demise, and he was defeated and killed on the 25th of September at Stamford Bridge, Yorkshire. Harald Hardrada’s corpse was brought back to Trondheim, Norway, where he was buried by his loyal men and his family.