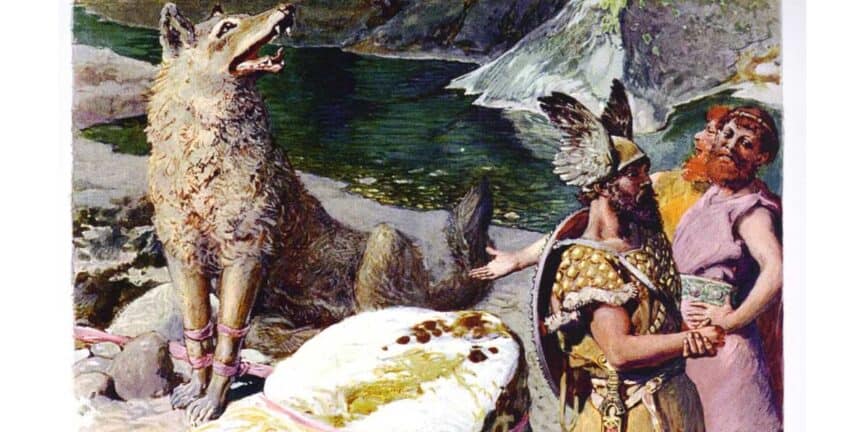 Tyr (in old Norse Týr) is the God of war, he is the bravest of all the Gods in Norse mythology. Tyr is very interested in justice and in fair treaties, which makes him a God in law as well. If you carve the rune symbol Tîwaz on your weapon, it means that you will dedicate it to Tyr, and it will strengthen the outcome of the battle in your favor.

Tyr is associated with the day Tuesday and in the Scandinavian countries, Denmark, Norway, and Sweden, this day is called Tirsdag after the God Tyr, so Tuesday is Tyr’s day.

The reason why Tyr is the bravest of all the Gods is that he once put his hand into the jaws of the horrific beast Fenrir, he did this while the other Gods bound Fenrir to a rock. When the wolf Fenrir noticed that he could not get free from the chains, he was furious and bit Tyr’s right handoff. Tyr will die at Ragnarok while fighting the dog Garm “the guardian of the gates of Hel”, killing Garm will be his last great moment for him.