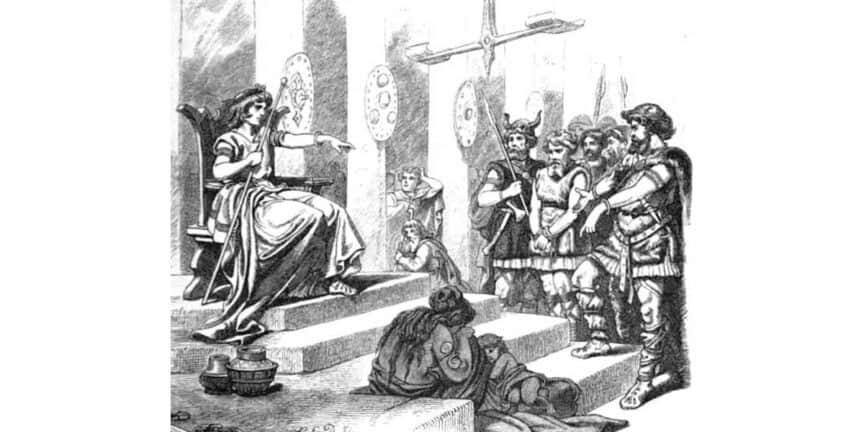 Forseti (In modern Icelandic “president”) is a law speaker and is the God of justice in Norse mythology. Forseti often acts as a judge, to decide the outcome of a dispute among the Gods and Goddesses in Asgard, to make the fairest judgment. He also loves to spend his spare time with the practice of meditation to keep a peaceful mind, a skill he is quite good at.

Forseti is the son of Nanna and Baldr and he lives in Asgard (The home of the Gods and Goddesses) in a beautiful house with a silver roof and golden pillars; the house is named Glitnir The name of his house Glitnir means shining. His house is in fact so shining that it radiates a light that can be seen from a great distance.