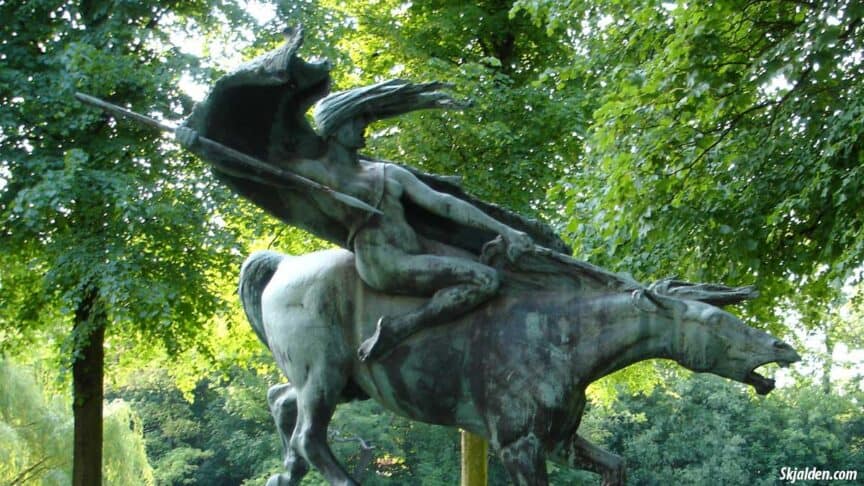 In Churchill Park (Danish: Churchillparken) is the Valkyrie statue by the Norwegian sculptor Stephan Abel Sinding (1846-1922). The bronze sculpture was made in 1908 and then erected in 1910.

The statue depicts a Valkyrie riding a horse with a spear in her right hand. All Valkyries are females according to the old sagas in Norse mythology. They are the beings who collect warrior souls from the battlefield and then ride them to Asgard.

Churchill Park has many other monuments spread out in the park with a nice view over to the Citadel (Danish: Kastellet). It’s a nice green park to walk around in during the spring or summer.

It is not far from the Gefion Fountain, just follow the Churchillparken road north. The Little Mermaid is a bit farther away, located at the harbor at Langelinie.