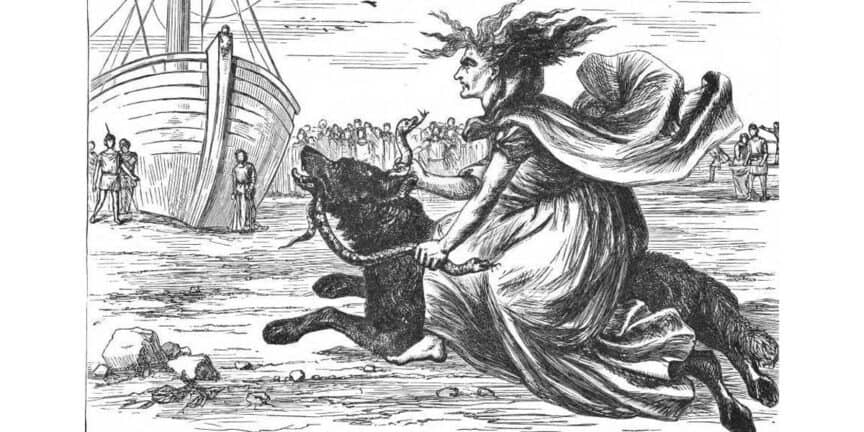 Hyrrokkin “Fire-Smoked”, is a hideous and incredible strong giantess who lives in the dark forest in Jotunheim “the land of the giants” known as the iron forest. She has a big horse that can transform into a wolf, she controls her wolf by using poisonous snakes as reins. It was Hyrrokkin who was summoned to Asgard “the home of the Gods”, to help drag Baldur’s ship “Hringhorni” with Baldur’s corpse out to the sea. Nobody, in Asgard, had the strength to do this not even Thor was strong enough.

Only the giantess Hyrrokkin was able to do it, in fact, she just used one hand. She may have given birth to several giants in the form of a wolf, their names are Sköll and Hati, which are the two wolves that are chasing the sun and the moon until Ragnarok. She may also have given birth to other unknown giants, in wolf forms with the Fenrir wolf as the father.