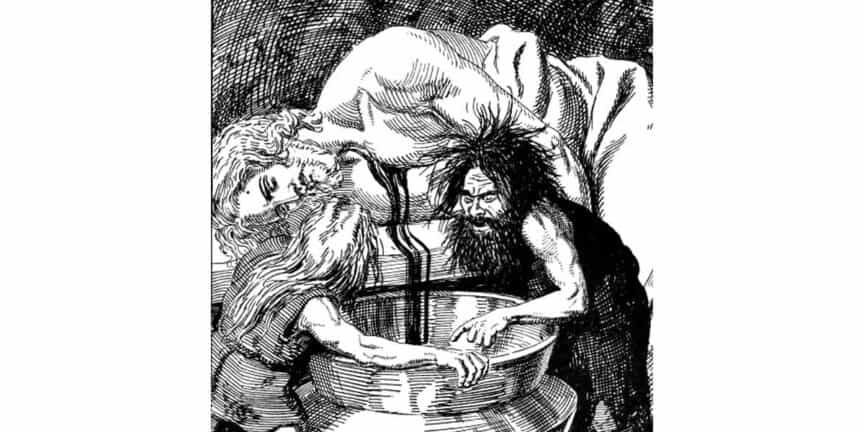 Fjalar and Galar are two dwarves in Norse mythology, that once killed the giant Kvasir to get his wisdom, and then turned his blood into the mead of poetry, which poets drink to get inspired. Fjalar and Galar have also murdered a giant named Gilling, along with his wife. Their son, Suttung then searched for his parents and when he found out what had happened he threatened the two dwarf brothers, who then offered him the magical mead. Suttung took the mead and then hid it in the middle of a mountain, where his daughter, Gunnlod, was standing guard.

Odin eventually choose to get the mead, so he worked for Baugi who was Suttung’s brother. After Odin had been working as a farmer for a full summer for Baugi, he asked if he could try a little sip of the magic mead that he had heard so much about. Baugi then made a small hole into the side of the mountain, so Odin only was able to taste the mead, but not get near it, but Odin shapeshifted into a snake and slid inside the tiny hole.

When Odin came out of the hole, he found himself being in a small room where Gunnlod was standing guard, but he eventually swayed her to give him three sips of the magic mead. But Odin continued to drink all the mead, and shift into an eagle and flew away, but he only hardly escaped from Baugi.