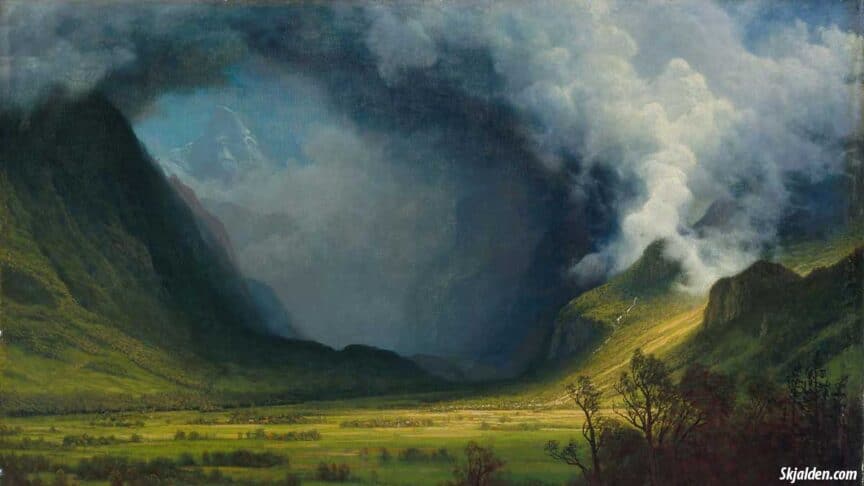 In Norse mythology, the wind originates from the great eagle called Hraesvelg “Hræsvelgr” (corpse gulper) who sits at the northern end of heaven. When Hraesvelg flaps his wings, to take off for a flight, the eagle creates a tremendous amount of wind from his enormous wings.

His location is referred to as heaven in the Prose Edda by Snorri Sturluson. Snorri sometimes inserted his Christian belief in his writings, therefore, the word heaven should probably be understood as the realm of Asgard.

Odin, who is curious and always eager to learn, was traveling around disguised as a man named Gangleri when he met the wise jötunn Vafþrúðnir. During their conversation, Vafþrúðnir told him about the origin of the wind.

Hraesvelg, he is called,
who sits at heaven’s end,
a giant in eagle’s shape.
From his wings,
it is said, the winds
blow over all men’.
– Gylfaginning

While Njord is portrayed as a god who is associated with the winds, it is this eagle-shaped jötunn who is the origin of the wind in Norse mythology.