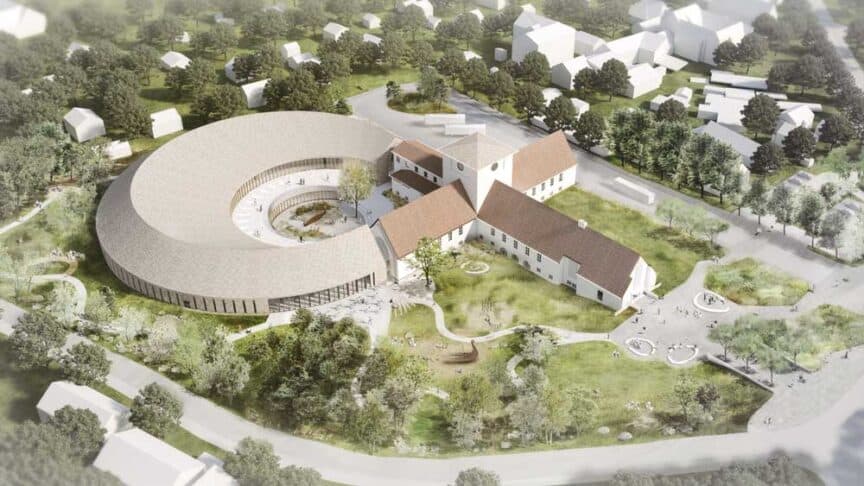 It may come as a shock for some people, but the famous Viking ships at the Viking ship museum in Bygdøy, Oslo, are in critical condition. It had even come to the point where the archaeologist Ellen Marie Næss was quoted saying “I hope they don’t give us any new Viking ships to house”.

The dire conditions were nothing new to the employees, who had spend years trying to get their politicians to grant them a budget, so they could start the process of improving and rebuilding their museum.

This ship has already survived a lot, a thousand years in the ground, and nearly 90 years on display (It has been on display since 1932).

The Gokstad ship is the largest Viking ship in the world. It is 23.22 meters long, 5.18 meters wide, and it is made out of oak. It is clinker built with 16 rows of strakes. The ship is light and flexible making it a great ship to travel the fjords of Norway.

The famous Gokstad ship has for a long time been a symbol of the great shipbuilders from the Viking Age, but it has begun to crack, and if nothing is done about it, there is a high probability that it will collapse.

According to Håkon Glørstad, who is the director of the University of Oslo’s Museum of Cultural History and responsible for the Viking ships, “the situation is extremely serious”, “wood that’s so old doesn’t have the same flexibility as modern wood and can totally collapse, quickly and without warning.”

In 2019, Glørstad told the newspaper Aftenposten “we can’t develop the overall support systems needed to secure the ship’s entire hull”, “the current base is no longer adequate and the space around the ship too confined.”

In an attempt to do something, six new supports were added in 2019, but that was just a quick fix and not a solution, and in the worst-case scenario it could move the problem.

These scans revealed that in just over the last five years, there had been movements of up to 5 millimeters. That is a lot for such a short time, and according to Håkon, they are quite certain that the root cause of the problem is the fact that the ship has not been adequately supported.

When the museum was built, shortcuts were taken to keep the price down, and now we are seeing the consequences of it. There is simply not enough room around the ship to add additional support.

The floor is in such poor condition that it is being held up by improvised methods, and every time someone steps on the floor it shakes, and these vibrations affect the ships. In addition, there are also problems with the air quality and dust.

In 2019, they pleaded their case to the Norwegian Government in order to get funding from the State budget. They needed a budget that was large enough to build a new Viking ship museum so they could preserve the ships, but it was denied.

This led to an outrage, that created rings in the water far away from the Norwegian fjords. If it was this international pressure or if they finally came to their senses is anyone’s guess, but a year later $3,8 million (NOK 35 million) was allocated to the project.

Håkon Glørstad was satisfied but said for the entire project to become a success, they would need at least $219 million.

No amount of money will ever bring these ships back, and since Norway has been blessed with tons of money from their many oil fields, they better spend it.

The new Viking ship museum is expected to open to the public in 2025. It will be an extension to the current museum, bringing it up to approximately 13,000 m2, which is about a tripling in size.

This increase means that some of the 50,000 stored Viking artifacts will be added to the exhibition, which according to the employees will give the visitors a broader picture of the Viking Age, while still having the ships as the main attraction.

The Viking Ship Museum opened in 1926, and I can’t think of a better way to celebrate 100 years of history, than a new museum for Norway’s cultural flagship.

I don’t want to pull your beard, but be careful how far down you put something on your bucket list, it might be gone before you get the opportunity to go there. Start saving your silver, if you want to see these ancient ships that once sailed the beautiful fjords.