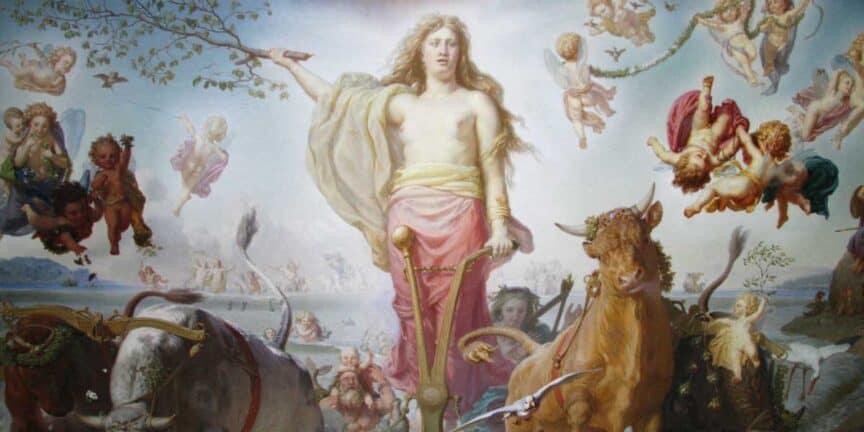 Gefjon (can also be spelled Gefjun) is a Goddess of fertility, agriculture, and associated with the plow in Norse mythology. There is a saga about Gefjon where she had disguised herself, as a beggar woman. While she was disguised, she had then asked Gylfi, who was the king of Sweden, to give her some land. The king had told her that she could have as much land as she could plow in one day and one night.

Gefjon then bound her four sons, who are all big and strong oxes, to a plow. She decided to plow in the western part of Sweden which was flat and fertile. Her plow went deep into the ground and cut out a huge part of Sweden. By doing this she had created a new and big island. This island is today a part of Denmark and is called Zealand “Sjælland”.