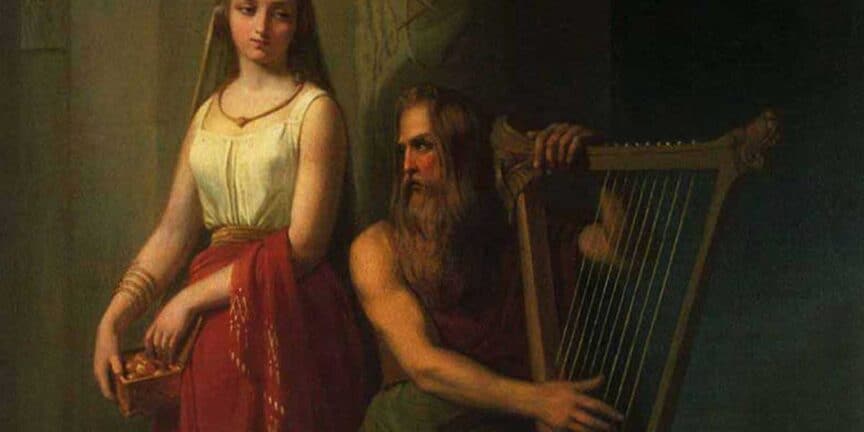 Bragi is the God of both poetry and music in Norse mythology, he is the son of the God Odin and the giantess Gunnlod. Bragi is very wise, and he is known for his wisdom he is very creative with words and he also has the most knowledge of poems and songs. His name Bragi means “Poet” and comes from the word “Bragr” which means “Poetry” the Vikings called their poets bragamen or bragawoman.

Bragi has a very long beard, and as strange as it sounds he has runes carved on his tongue. He is married to the beautiful Goddess of youth Idun, and they live together in Asgard. There have been many poets throughout the Viking Age with the name Bragi, but the most famous one was Bragi Boddason who served several kings, including Ragnar Lodbrok. Bragi is recognized as the first skaldic poet, and he is certainly the earliest skaldic poet who is remembered by name whose verse survived in memory.