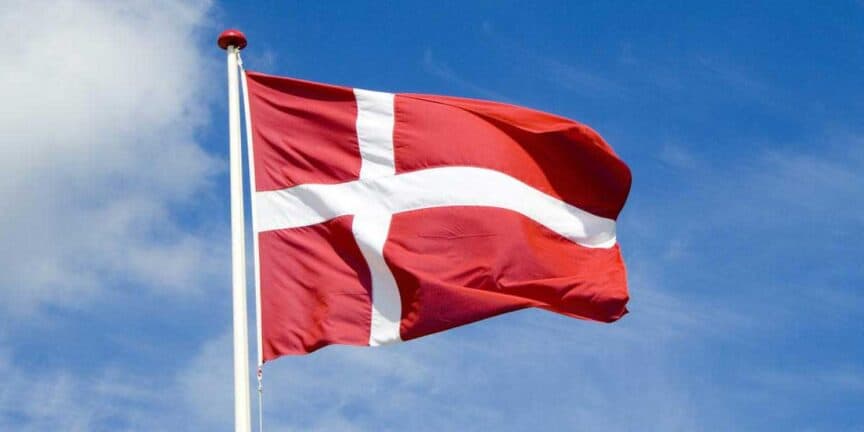 This list was created by an online vote in 2016 and was an attempt at getting a picture of which values the Danes value the most. Since it was an online vote, not everyone agrees on every single one, but it will help you get a better understanding of the Danish values.

Most Danes think that Christian heritage is very important, and the Protestant church has, in fact, played a decisive role in the development of Danish society and its values. Many of the Christian traditions are being celebrated by most of the Danes, in fact, 77% of the population is a member of the church. There is also no separation between church and state, while the Danish constitution allows the practice of all faiths, there is not an equality of religion, it is the Protestant church that is the main religion according to the Danish constitution.

The Danish state religion has been Christianity since 965, when the many clans were united into one Kingdom, Denmark. Which can be read on the Jelling stones, which are considered Denmark’s birth certificate. The stones can be found in the city of Jelling an important city from the Viking age. Due to many archaeologists finds in the reason years, Denmark might already have been united in the year 700.

It is a word that is difficult to translate and explain, that is probably why there have been written whole books just about this word. Some people would try and translate it into the word cozy, which is still not quite right. It is a cultural value and has a connection to tolerance and equality which means disagreements should be put aside so we can come together for a good time. Hygge can be many things, the Friday bar with your co-workers, storytime with your grandma, or just enjoying a hot cup of cocoa alone when it is snowing outside. As I see it hygge also has a strong connection to the Danish word frisind.

Frisind is a Danish word that means being unprejudiced and tolerant toward others. The Danish people believe strongly that everyone should be able to say their opinion, but also allow others to share theirs as well. Anyone should have the right to think, speak, and believe in what they want, and live their life as they see fit. But it does not mean that someone should accept all values, or think that the way someone chooses to live their life as equally good.

This way of thinking is something that dates back to the priest, Grundtvig, who said that one must stand by his own opinions, but also be open and respect other people’s views, even if you do not agree. One of Grundtvig famous quotes is Freedom for Loki as well as for Thor. This means that people accept others in a different way of life or sexual orientation. This is something that can be seen very clearly in Denmark, for example in the Danish capital Copenhagen there is a small hippie community who lives in Christiania. It is an old abandoned military base that was occupied by squatters and artists in the 1970s. I would describe the area as green and colorful, and that is not because of the drugs which can be purchased at pusher street, but because of the architecture and the green natural surroundings.

A big part of being Danish is volunteering some of your spare time to be part of gatherings. This could be volunteering as a football coach, being part of creating a festival, picking up trash or years to focus on loneliness in the Danish society, which is one of the core areas of the Mary fond, a foundation lead by Princess Mary of Denmark.

Because the Danes were explores and always been a sea folk, the Danish language had an influence on the early English language. Especially when the Danes had control over big parts of England know as Danelaw. For example, The Danish word ”Systir” (Modern Danish: Søster) became the English word for Sister. But the Danish language has also been influenced by other languages, such as French, German and English. The Danish language is important, just like it is in any country to have a national language. It binds the people together and makes it easy to communicate and share the same values and traditions.

The principle of equality has roots in the age of enlightenment, with ideas of freedom and equality and the right to self-determination. In 1915 women got the right to vote in Denmark, and so did the people who were employed in private service, and the voting age was lowered from 30 to 25. In 1919 the equal treatment act (ligelønslov) was signed and women got the same pay for the same job. In 1921 women got access to public offices, for the first time since the Viking age, when women actually were more equal than under a Christian society.

But this gender equality is not one-sided, for example, In 1983 the men get the right to maternity leave, for the first time. And today the maternity leave is for 1 year, with the first 14 weeks reserved for the women, for obvious reasons, but the rest can be shared between them, and if you are wondering, yes, you get paid your salary under maternity leave. Of course, everyone should have equality and be treated the same way and have the same opportunities.

Equality before the law #4

Since the Danish constitution was signed in 1849, as in many other democracies, the Danish Constitutional Act divided the power into three independent branches the legislative, the executive, and the judicial branches. Everyone became equal under the law, regardless of gender, religion, and whether you are rich or poor. The Danish people have trust in their judicial system, which creates a society that has a high amount of trust in each other and a low degree of corruption.

Danish society is a society of high trust in each other and has been so for centuries. This is probably based on that it is mostly a homogeneous society, that shares the same culture, values, language, and religious system. The trust in each other creates a society of safety, well-being, and trustworthy relationships. In how many countries would you be able to, let your child stay outside unattended in their baby buggy, and know they will be safe. Or have an unattended vegetable shop, were people only take what they pay for.

Freedom is a human right and is a fundamental value in a democracy. All people are born free and with equal rights. The basic freedom values in western society have roots in the age of enlightenment, which was formulated by the British philosopher John Stuart Mill. Freedom means that you can think what you want, express your personal opinion, and create your own association as long as it does not violate the rights of other people.

Danish society is very dynamic and anyone can get an education and move up the latter. The education system is paid for through taxes, and people who study even get a government salary, which is called SU and is about 900 dollars a month. Healthcare is also paid for in taxes, which means anyone regardless of income can get treated for anything, except dental. Should people lose their job or become unable to work, the Danes has a safety net, where they can collect about 1500 dollars a month in government aid, this amount will be higher if you have children. While it might sound expensive, and give you images in your head of government employees with vacuum cleaners into your pocket, the tax is actually only an average of 37% percent for people who earn below 70.000 dollars a year, also known as the middle class.

One of the effects of a welfare society were people have a safety net, in case they need it. Is low crime, low corruption, high trust, and a sense of belonging together as a group. While some people will claim that socialism is just like communism, that is actually false, the Nordic social model is, in fact, a model inspired by the 19th century Germany when Otto Von Bismarck developed social welfare policies. For instance, Germany passed its old age and disability insurance bill in 1889, which was financed by a tax on workers.