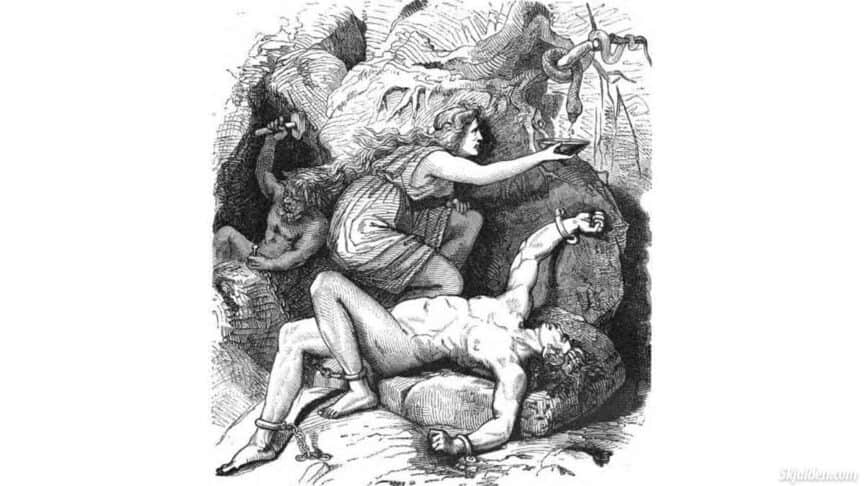 In Norse mythology, Narfi and Váli are the sons of Loki and his wife Sigyn. They are minor deities and they do not seem to have a particularly high status among the Aesir., They are not mentioned as a god of anything, and they do not have any skills associated with them according to the Edda’s by Snorri Sturluson.

Narfi (also spelled Nari) was killed by his own brother when the Aesir turned Váli into a wolf, who then attacked and killed Narfi. The Aesir then used his entrails to bind Loki to three stones in a cave.

The first stone is under his shoulders, the second under his loins, and the third is under his houghs. These bonds were then with the use of seidr turned into iron.