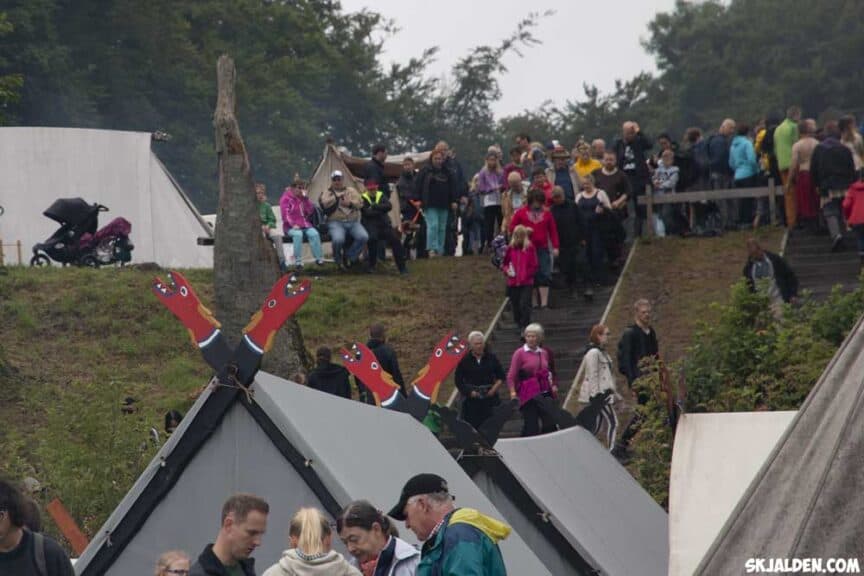 It is with a heavy heart that I have to inform you that for the second year in a row has the Moesgaard Viking Moot been canceled due to the situation that is affecting everyone on the planet in one way or another right now.

It takes a long time to plan the event, and that has not been possible to do by the organizers. But, it is not just the organizers who are preparing, a lot of people spend an entire year preparing to come here, crafters, merchants, and the fighters just to mention a few of them.

This is the biggest Viking market of its kind, and every year 12.000 visitors make their way through the narrow paths between the tents. So you have to be very comfortable with many people close to you. If you aren’t then, I recommend the Trelleborg Viking Festival, which is less crowded and has more open space. So if anyone from the Moesgaard Museum is watching this video, then please find a way to expand the area.

The event takes place at Moesgaard beach, and it is one of the yearly highlights for many people around the world. Visitors, merchants, and warriors, travel here from near and far, which creates a nice atmosphere at the market.

Merchants from Norway, Sweden, Germany, Poland, and many other countries come here every year to sell their amazing products to curious visitors.

I have never experienced a language barrier, most people here speak English, and should you find that one person who doesn’t, then I think you will still be alright.

I think it goes without saying, but if you look at the ground, you can see how muddy it is, so don’t come here in your fancy shoes.

Besides the many stalls, the food, and the music, it is probably the big battle between skilled fighters from all over the world that is the main attraction. There is one big battle twice a day, where two sides fight each other, and afterward, there is the last man standing match. Personally, I think it is interesting to see their different kinds of fighting techniques, and the weapons they have chosen to compete with.

There are many different kinds of people swinging their weapons around in the field, young and old, big and small, male and female, and sometimes you do get surprised of an outcome.

I hope that the event will be back in 2022, especially because it is the 45th anniversary of the Moesgaard Viking Moot, maybe I will see you there?