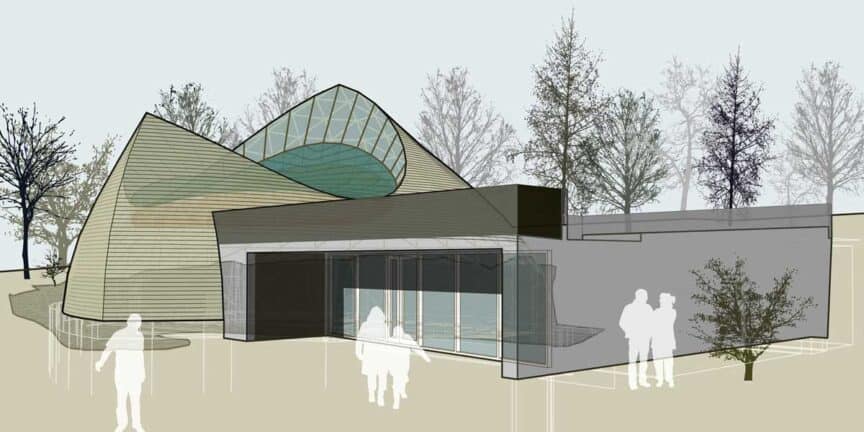 In Iceland, the first Asatru (Icelandic: Ásatrú) temple for nearly 1000 years, will soon be completed and open its doors for its members, and for the people who are interested.

This Asatru temple is currently being constructed on a hill in the beautiful and peaceful woodlands of Öskjuhlíð in Reykjavik. This area seems to have been an ideal place for the temple, there are very few mountain trolls nearby and the temple will be surrounded by a forest with friendly spirits.

This plot of land was donated to the Asatru society (Icelandic: Ásatrúarfélagið) by the city of Reykjavik, and there might be more temples built in the coming years in other cities on Iceland because other municipalities in Iceland has also shown an interest in this religion.

The word temple is of course, not the right word for this pagan building, but it is a word that people understand, and know what it means. It is also a word Hilmar Örn Hilmarsson uses, and he is after all the High priest of the Asatru society in Iceland.

This Asatru temple or Asatru hof, whichever word you want to use for it, is currently called Hof Ásatrúarfélagsins, but that might change at the opening ceremony later this year.

How will the Asatru temple in Iceland look like?

The temple was designed by the Icelandic architect Magnús Jensson, who is also a member of the Asatru community. The temple will have a modern design with references to the old traditions and especially to sacred geometry and sacred numbers.

It is built around the path of the Sun around the Earth’s mantle and the holy numbers of nine and four hundred and thirty-two thousand (432000) are used in the design. It is interesting that the last number is also a holy number in Hinduism. A religion that according to Hilmar Örn Hilmarsson is closely related to Asatru.

The golden ratio and the sacred geometry is part of the temple’s design, just as they have been in many of the other religious buildings.

The main part of the temple will be 350 square meters and dome-shaped and it will be able to fit up to 250 people for their religious ceremonies such as weddings and funerals. There will be an open fire at one end of the dome, and there will be good acoustics suitable for concerts.

I must admit it makes me a bit curious about what kind of concerts that there will be held here, to me, the musical group known as Wardruna would be an excellent choice for this.

Asatru is the fastest growing religion and largest non-Christian religion in Iceland, and its numbers have increased from 570 members in 2002 to 3900 members in 2018.

According to Hilmar Örn Hilmarsson who is the High priest of the association of the faith of the Æsir in Iceland, the Asatru religion speaks just as much to people today, as it did 1000 years ago, but he doesn’t think that the old Norse sagas have to be taken literally.

He said “I don’t believe anyone believes in a one-eyed man (“Odin”) who is riding about on a horse with eight feet,”

“We see the stories as poetic metaphors and a manifestation of the forces of nature and human psychology.”

”We also do not have any rules chiseled into stone-like other monotheistic religions have, such as Christianity. With thou shalt and thou shalt not, it is more like, it would be better if you did this.”

This religion appeals to modern individualism while upholding traditional Nordic values like honesty, tolerance, and respect towards the environment.