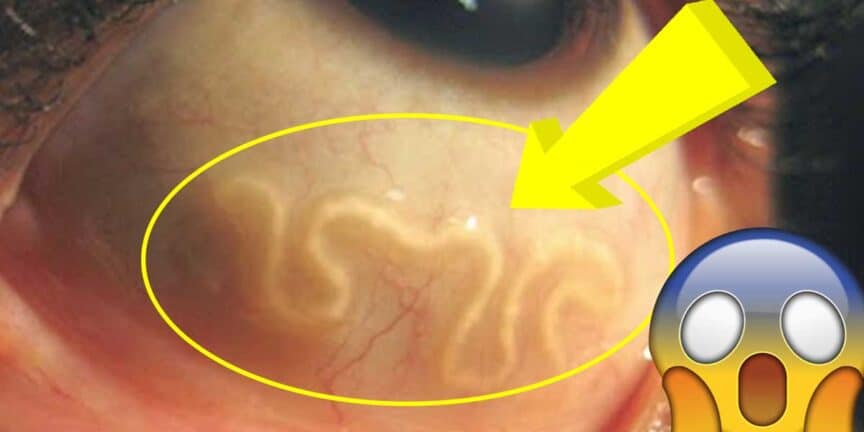 Big, strong, and handsome warriors from the north, that sailed throughout most of Europe and raided the local monasteries, that is the image most of us have when we think about the Vikings. However, it was not always fun to be a Viking, because the Vikings fought many invisible enemies on a daily basis.

Parasites in the Viking age

The living conditions were very different in the Viking Age, and unlike today, people had their farm animals inside their houses. This leads to the environment around the people in the Viking age to be a lot dirtier than it is today in our modern society.

A dirty environment like this, is, of course, the perfect breeding ground for parasites, and according to a Danish study from 2014, this meant that the Vikings were plagued by several forms of intestinal worms.

The Danish researchers at the University of Copenhagen have examined 1000-year-old parasite eggs from Viking feces, and their research shows that both the people and their animals were plagued by parasites. According to the research, there was found eggs from three different kinds of parasites, roundworms, whipworm, and the liver fluke.

Roundworms: The roundworm is a parasite that lives in the intestines, and they can grow to a length of up to 30 cm (11.8 inches).

Whipworm: The whipworm lives inside the intestinal wall and can grow to a length of up to 5 cm (1.96 inches).

Liver Fluke: The liver fluke lives in the liver, where it eats from the liver cells, and it can grow up to a length of 3 cm (1.18 inches).

The Vikings that were infected by these parasites, had symptoms such as a weakened immune system, and if it was left unthreatened, it could cause liver damage and anemia, which is typically only seen in the developing countries today.

Dental Health in the Viking Age

While just the thought of worms crawling through your body isn’t already bad enough. The examination of skeletons that have been found from the Viking age, reveals that many of the Vikings had dental problems, in fact, 25% of the population had cavities.

Almost all of the skulls that have been dated to the Viking age are missing some of their teeth, and some of them only have a few left. If it was a lack of knowledge of dental care or too much mead is only something that we can speculate about today.

Osteoarthritis in the Viking age

It was also possible to see on the Viking skeletons that they were suffering from osteoarthritis on their back, and on their hands and knees. Which is often seen in a society where physical hard work is part of daily life. Despite what Hollywood might have taught you, most people in Scandinavia were not warriors in the Viking age, but in fact, they were just ordinary hard-working farmers.

The Vikings loved to feel the warm summer breeze in their hair when they were out sailing, and sometimes it was for another purpose than just to catch fish because they would often sail to the British Isles for a short visit.

This was not just to bring gifts for the locals in the form of sharp axes, but also to visit the local monasteries. The contact between the Vikings and the British had many unforeseen consequences than just a missing head.

It was also something that caused new diseases to spread among the British, diseases such as the Dupuytren disease, also known as the Viking disease, a nickname it has gotten because it is believed to originate from Scandinavia.

This Viking gift for the British was truly a gift that kept on giving, and it can still be found in certain parts of Britain today, especially in areas where the Vikings settled during the Viking age, for instance, in areas such as in Scotland and the northern parts of England.

This Viking disease affects the palm of the hand and fingers, for instance, the disease can course one or more of the fingers to bend inwards so that they cannot be straightened. Other signs of this disease include having very thick skin or small lumps underneath the skin in the palm of the hand, but also small and deep indentations of the skin.

So if you or someone in your family has the Viking disease there is a very high chance that you might have Viking blood in your DNA.

It was of course not just diseases that affected their quality of life, and some of the people in Scandinavia was of course also warriors and went on raids.

This means that these Vikings might not just have been suffering from the diseases that I have already mentioned. But many of them also had battle injuries, and these battle injuries would often last their whole lifetime.

If we, for instance, take a look at this skull from the national museum of Denmark we can see that this person, lost a piece of the back of the skull from a sword attack in a Viking battle.

But luckily for him, he still managed to survive his injury. We know this because we can see that the wounds around the injury have healed over time. However, later in life, he was struck again in his groin with a sword, and this time it seems that it was fatal. This is something we know because the injury did not heal again, and therefore he probably died shortly after.

Life expectancy in the Viking Age

The Viking age was indeed not an easy time to be alive, and with so many diseases and injuries, it really shouldn’t come as a surprise to you that the Vikings had a life expectancy of 35-50 years. It was very rare that someone would live to be 50 years old or more, even the royals and people of high status could not cheat death and extend their lives, more than the common folk.