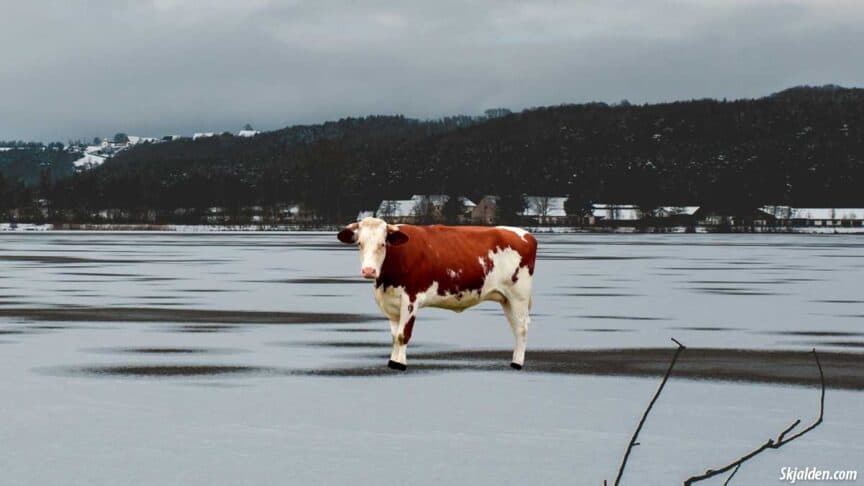 The Danes use expressions a lot, which probably makes it even more difficult to learn the Danish language. I could mention hundreds of Danish expressions, but I decided to pick 14 of some of the most common ones. If all these on my list originate from Denmark or are used in other countries as well, is not something I can tell you for certain, but nevertheless, we do use them.

Thank you for coffee

When a Dane experience or hears something that is, violent, overwhelming, terrible, or provocative. We will probably hear them say ”Thank you for coffee”.

Not the sharpest knife in the drawer

When a Dane thinks someone is not that clever or skilled, you will often hear them say ”You’re not the sharpest knife in the drawer”. You can also use the expression, you do not have many pieces to move around with, or, no one is home.

There is no cow on the ice

If everything is fine and there are no problems or complications, the Danes will say ”There is no cow on the ice”.

Some Danes are short-tempered, but they do not go berserk or bananas, they ”go cucumber”.

There are owls in the bog

If a Dane finds something strange or suspicious, they will often say ”There are owls in the bog”. You can also say ”there are no owls in the bog”, which means everything is fine.

To swallow a camel

If you hear a Dane say I had to swallow a camel, it means that she had to accept something that contradicts with her ideals and wishes.

Before the devil puts his shoes on

If a Dane has to wake up very early in the morning, you will probably hear them say, I have to get up before the devil puts his shoes on.

When a Dane is very drunk, they are not drunk as a skunk, but chicken drunk.

If a Dane is totally wasted, people will say that he is ”in the fence” (i hegnet).

Walk as the cat around the hot porridge

When someone is trying to avoid a situation, people will say, that they ”walk as the cat around the hot porridge”.

It’s blowing half a Pelikan

It is often very windy in Denmark, and when it is they will say ”it’s blowing half a Pelikan”.

To be on a bucket

When you hear a Dane says ”I’m on the bucket”, it doesn’t have anything to do with being on the toilet. It means that he is broke or in need of money but can also mean that he is in trouble.

Stand with your hair in the mailbox

When a Dane says ”she stood with the hair in the mailbox” it means that she was let down or deceived. This is an expression that is often used in sports, but it can be used in other situations as well.