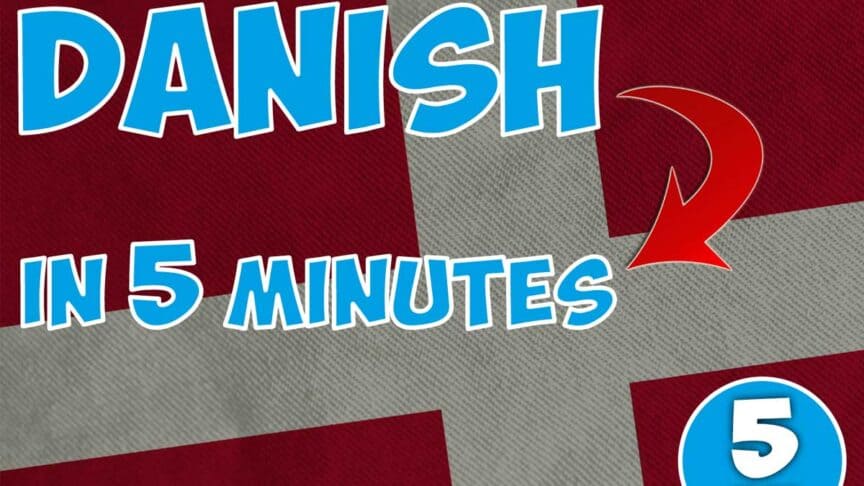 If you came here because you thought I would teach you about how to make Danish pastry, then you landed on the wrong page. But before I start, I can tell you one fun thing about the so-called Danish that many Americans seem to like. This cake is actually not even called a Danish in Denmark, here we call it ”Wienerbrød”, and this type of cake actually has its roots in Austria where it is called plundergebäck. However, they are not exactly like each other, the Danes adjusted the cake to their taste and baking traditions.

Okay, now that we have satisfied those who came here for Danish pastry, we can now move on to the real topic of today, the Danish word, ”Nå”.

A word that you will often hear a Dane say is the word ”Nå”, this word can be used in many contexts, and if you master it, you can pretty much keep an entire conversation going by just using this one word, and depending on the tone, this word can be used for everything from an insult to a compliment. If the Vikings had their own kind of ”Nå” word, is only something we can speculate about today.

#1 Nå … This tone of voice is meant to keep the conversation going. It is often used to fill the small gaps in the conversation and to express engagement and interest in what the other person is saying, and this is a great way to say please continue.

#2 Nårh … This tone of voice is used to express doubt or suspicion in what a person has said.

#3 Nå (hvasså)? … this tone of voice used by the Danes to say ”What’s up”, and this ”Nå” is mostly used in a casual environment.

#4 Nå (Ja) … this tone of voice is used when you suddenly remember something.

#5 Nå nå … this tone of voice is used to say calm down buddy.

#6 Nå (da)! … this tone of voice is used to show a genuine surprise in something that you just heard.

#7 Nå … this tone of voice is used to express that you are impatient, for instance, that you are waiting for your coffee at Starbucks.

#8 Nåårh … this tone of voice is used to express that you find something is cute, for example, small puppies or babies.

#9 Nå!!! … this tone of voice is used in a playful way, and is often used by adults when they are about to case a child in a game of tag.

#10 Nåååh! … this tone of voice is used when you finally understand something, probably after a teacher tried to tell something to you multiple times.

#11 Nå (Nej) … this tone of voice is used when you suddenly realize that you were wrong and the other person was right.

#12 Nå! … this tone of voice is used when you just don’t care, for instance when you are tired of hearing the word ”Nå”.